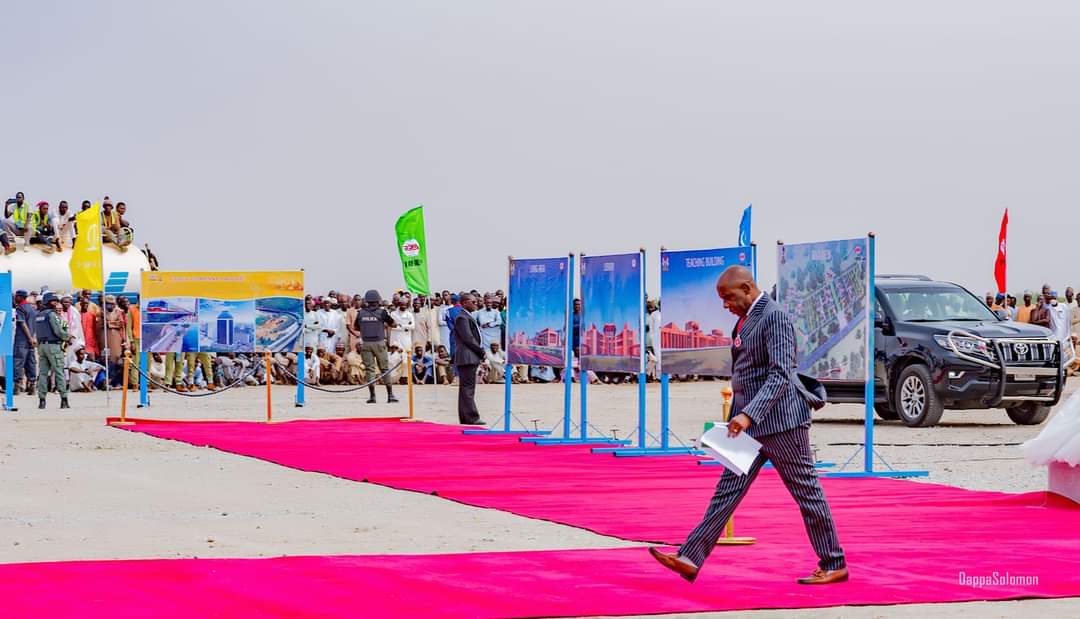 The Spokesman of the All Progressives Congress in Rivers State, Mr Darlington Nwauju on Tuesday outlined 18 in number of what he tagged as,

“SOME LEGACIES OF HIS EXCELLENCY RT. HON CHIBUIKE ROTIMI AMAECHI AS TRANSPORTATION MINISTER”

The party also projected pictures and videos evidence of the existence of such projects in Rivers State to True Blue Reporters and other press men present as follows:

2. Rehabilitation of Sections 1 to 4 of the Enugu — Port Harcourt Expressway (ongoing)

Construction of 120 billion Naira Bonny-Bodo Road in Rivers State, to link Bonny Island to the Mainland. Originally conceived about 40 years ago, construction flagged off by Vice President Osinbajo in 2017

5. Ground-breaking done in 2021 for reconstruction of Port Harcourt-Maiduguri Rail Line, linking the Southeastern States to a planned new Sea Port in Bonny, and to Northern Nigeria

6. Completion of installation and commissioning into service of a brand new 300MVA 330/132/33kV power transformer in the Alaoji Transmission Substation, increasing the station’s installed capacity from 450MVA to 750MVA and making it the biggest substation in Southern Nigeria. The new Transformer has boosted supply to Enugu Distribution Company, benefiting Abia North (Ohafia, Arochukwu, Item, Abriba), Imo State (Okigwe, Arondi-izuogu), and parts of Ebonyi and Rivers State.

7. Development of Nigeria’s Eastern Ports, to decongest Lagos and to better serve the population in the South East and South South of the country. The Calabar, Rivers, and Onne Ports have witnessed significant infrastructure upgrades and fiscal incentives to promote their attractiveness. An LPG tanker berthed in the Eastern Ports (Rivers Port) for the first time ever in October 2019. That year Onne Port also received its first container ship in twelve years, while Calabar Port received its first container vessels in eleven years).

8. Bonny Deep Seaport Project which is capable of employing over 7000 skilled workers.

9. Hundreds of Rivers people are employed in the Ministry of Transportation, airports across the country, NPA, and many of them trained as seafarers, safety marshals in NIMASA.

13. Securing the approval and funding of the Lagos-Calabar Rail project. That project is designed to pass through Port Harcourt.

16. Influenced the implementation of UNEP Report on Ogoniland (Ogoni clean-up)