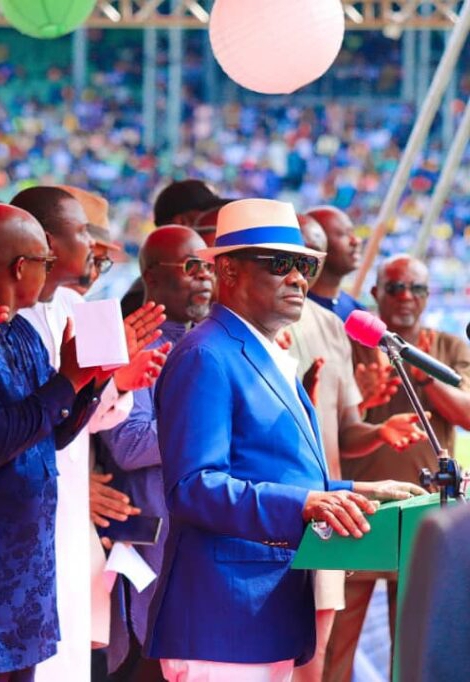 Erstwhile National Publicity Secretary of the defunct new People’s Democratic Party (nPDP) and chieftain of the All Progressives Congress, Chief Eze Chukwuemeka Eze, says no amount of political machination, surreptitious ploy or trickish strategy devised by the Governor of Rivers State, Nyesom Wike can save him and his party from the imminent defeat that awaits them in the 2023 elections.

Speaking on the backdrop of Wike’s announcement of the appointment of 200,000 Special Advisers in a bid to secure 200,000 votes for his unsellable guber candidate and alleged culprit wanted by the EFCC and CCB, Chief Eze said even though the Governor goes ahead to appoint every electorate in Rivers State to secure their votes for his candidate, Rivers people have become enlightened beyond the crude reasoning of Wike and are committed to the enthronement of a progressive government that will realign the state on the path of development far beyond the petty politics that has crippled every fortune the state was known for.

“The act of appointing about 200,000 Special Advisers by Wike is nothing but a demonstration of desperation but even though he increases the number to one million Liaison Officers, it will not stop Rivers State and her people from sacking everything about him and the PDP come 2023 general elections.”

In a statement made available to media houses in Port Harcourt, Eze counseled those appointed to collect whatever allowance Wike has approved but ensure as agreed that Rivers State is rescued from the shackles of the outgoing Emperor and his reckless and wasteful style of administration.

He said it is sheer wickedness for the Governor to indulge in fanfare of squander mania, leaving Rivers people in a squalor without a hint of remorse for 7 years plus only to wake up now to pretend as though he care about the electorates because it is election time.

The volume of Rivers State people gathered at the stadium to be appointed as ‘4-Months-Honorables with miserable allowance of N20,000 at this critical economic downturn period clearly points to the fact the Governor has weaponized poverty in Rivers State and it is indeed unfortunate.

The party Chief expressed confidence that nobody, including the 200,000 alleged appointees will fall prey to Wike’s trap. The future of Rivers State is very crucial and should matter to everyone and every voter must ensure that that none of the candidate that has anything to do with Wike will be allowed close to the seat of power come 2023

The party Chief said Rivers State and her people are ready for Wike this time around and nothing will save him from defeat. It is time of judgement and he will not be saved from the maladministration and reckless wastage of Rivers State finances.