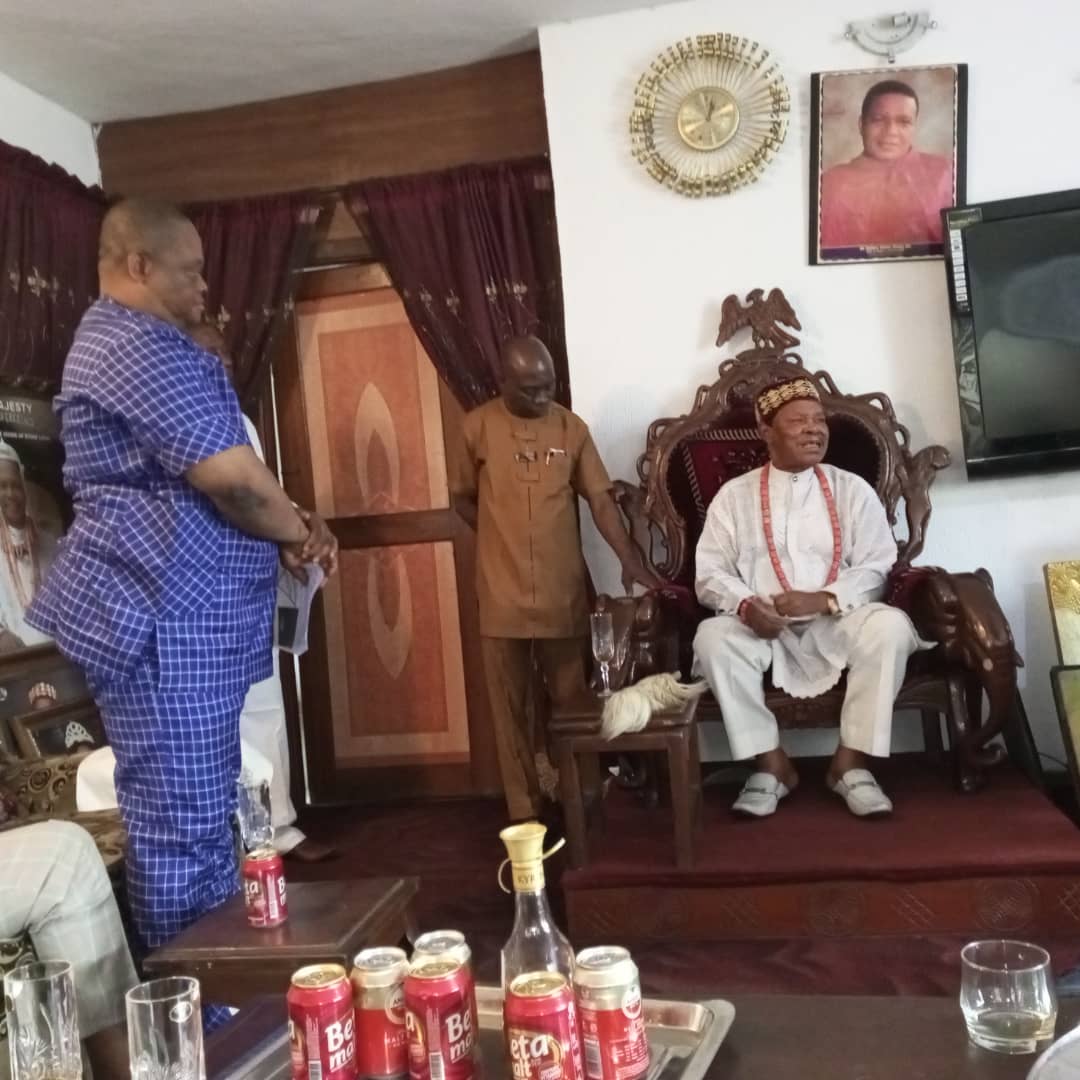 Ahead of the 2023 general elections, the Rivers East Senatorial candidate of the All Progressives Congress, APC, Dr. Ndubuisi Nwankwo receives royal blessings in a visit to the palace of His Royal Majesty, Ochie (Eze) E. N. B. Opurum, MFR, GSSRS, JP, Onye-Ishi Etche/Ochie of Etche Land.

In his opening remarks, Ndubuisi Nwankwo greeted His Royal Majesty and explained why he and his campaign organization had come to see him:

The first is that he is aware that His Majesty is the guardian of Etche Land’s culture and legacy, making him the undisputed ancestor of all Etche people. He continued by telling him that he is an Etche Son from Omuma and that he is the APC’s senatorial candidate.

Second, he said that in light of his first point, he traveled with his campaign organization to get the king’s approval before he formally launches his campaigns on September 28, 2022.

After extending a warm welcome to the Campaign Organization, His Royal Highness Ochie (Eze) E. N. B. Opurum expressed his excitement that the senatorial seat is coming to Etche land in his lifetime. He expressed his happiness that the APC leader, Rt. Hon. Chibuike Rotimi Amaechi, remembered the kinship that once existed between the Etche land and Ikwerre land by allowing only Etche land to run for the seat and expressed hope that the gesture will strengthen their intercommunal ties.

ALSO READ: Wike and Group Gives Reason Why they pulled out

His Royal Majesty declared that he would fulfill his fatherly duty by blessing his son because he’s confidence his son had performed the necessary actions and had bowed before his traditional stool.

The candidate and his campaign organization will visit the senatorial district campaigning for votes, and he prayed to God and the ancestors to direct the vision. No harm will behold them till the victory song is sung.