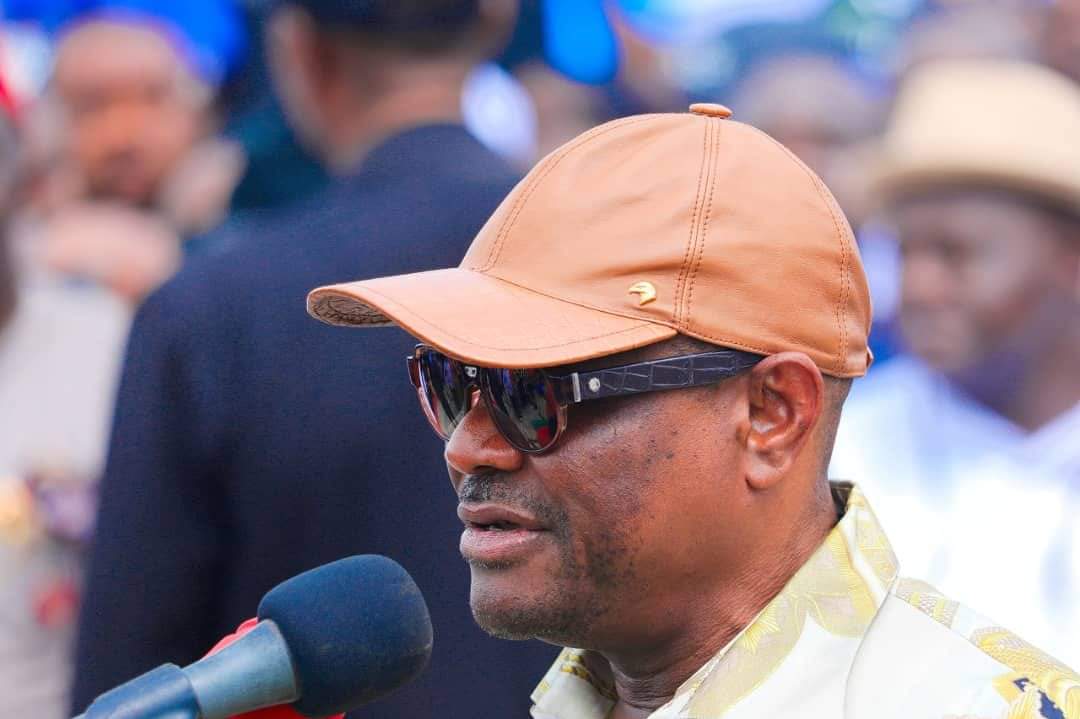 The executive governor of Rivers State, Nyesom Wike on Friday in Khana LGA, Rivers State took swipes on Senator Lee Meeba, a strong supporter of the PDP presidential candidate Atiku Abubakar over his comment that those who destroyed his house were sent by the state governor

According to Nyesom Wike, “As at the time I had my first degree, Lee Meeba was a cook”

“As at the time I had my degree in law, he was a cook. What will I gain to go and kill him.” He stated

“What is Lee Meeba important in Khana? He’s not a treat and there’s no issues of killing him” he said

Wike went further to question the Contributions of Lee Meeba as a senator and with his closeness to Atiku Abubakar while he was the Vice President of Nigeria.

“You got an oil block which you sold at 15million dollar. Mention which Ogoni son you have sent to go and study. We gave you contract with your company Tiger Company to construct internal roads in your area, did you do it? He said

Wike went further to boast that he has contributed immensely in every offices he held from LGA Chairman, Minister and then governor.

True Blue Reporters recalls that Nyesom Wike and Senator Lee Meeba had disagreed over personal interest and supports for the 2023 election. A situation which saw Lee Meeba showing the public how his house and cars were damaged one faithful morning, accusing the governor of being behind it