33rd Convocation of Uniport: Eze Describes VC Prof. Owunari as a Trailblazer, Eulogises His Achievements Within One Year in Office 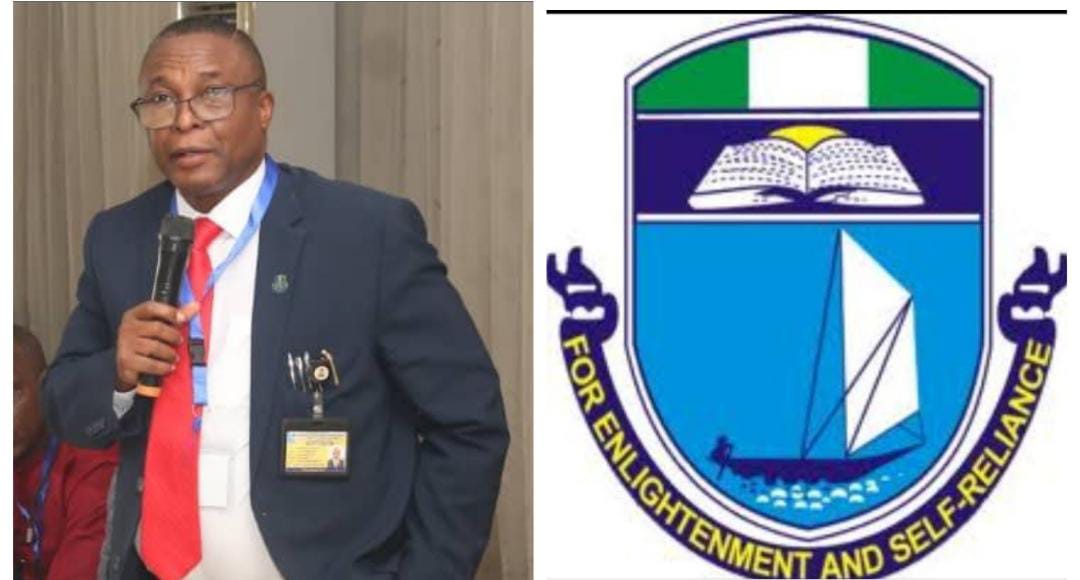 Chieftain of the All Progressives Congress and erstwhile National Publicity Secretary of the defunct New People’s Democratic Party (nPDP), Chief Eze Chukwuemeka Eze, has commended the Vice Chancellor of the University of Port Harcourt, Prof. Owunari Georgewill, for placing utmost priority on the welfare, growth and development of staff of the institution in areas considered as fundamental to giving the required boost to their career and giving them worthwhile and enduring workplace experience in their years of active service.

Reacting to the implementation of the modified career structure which has brought to an end many years of stunted growth and career stagnation amongst staff of the institution, Eze said such initiative is well thought-out and will help the university deliver on its mandate in teaching, learning, research, community service and entrepreneurship.

In a statement made available to media houses in Port Harcourt, the party Chief said all of these and more were revealed at the 33rd University of Port Harcourt (UNIPORT) convocation ceremony for the award of Certificates, Diplomas and Sub-Degrees held 2nd and 3rd December, 2022.

The event which covered the award of First Degrees, Postgraduate Diplomas, Masters’ Degrees, Doctorate Degrees, Conferment of Honorary Degrees and Presentation of Prizes was covered the 2019/2020 sessions which were delayed by the COVID-19 pandemic and the eight month nationwide strike embarked upon by labour unions in universities.

The convocation saw over 19,236 students graduating, out of which 9,699 students emerged from postgraduate school. From that figure, about 1,028 are PhDs, 3,745 are Masters Degrees in various disciplines, and about 4,926 are postgraduate diplomas.

Reeling out his achievements while taking stock of the journey so far for UNIPORT under his headship, Prof. Owunari said the career structure he inherited on the assumption of office defectively restrained some staff of the institution from gaining career progression that demoralised those affected.

The Professor of Pharmacology said, “The career structure of this university has been in the backline for more than fifteen, sixteen years. The old structure was such that some staff don’t have where to climb to. They get to a point where they’re stuck, with no career channel to progress on.

“We realised the challenge and said it is not good enough. We ensure that all necessary actions and decisions were taken and the varsity now has a new career structure which has well been approved, stimulating opportunities of growth for staff in various career pacts.”

Among other achievements since taking over in July last year, the UNIPORT VC listed a weekly information update on the varsity, delivery of more infrastructures, a partnership agreement with foreign universities, global partnership on tackling climate change, improved cohesion among management, governing council, senate, staff and students, all of which, he said, has made running the school easier than it could have been.

Worthy of note is the addition of two new faculties to the list programs offered by the university -the faculty of Computing and the faculty of Media and Communication Studies.

It might interest you to know that under his headship as VC, the University of Port Harcourt is ranked 5th best in Nigeria. That would not have been possible without his efforts in rebranding the institution for better result.

On the issue of climate change which poses serious danger to our world, the VC said the university is working with local and international partners to tackle the menace, including flood and other forms of natural disaster ravaging our our planet and particularly, Nigeria.

With all the above feats, Eze quoted the Holy Book of Proverbs 29:2 which states that, “When the godly are in authority, the people rejoice. But when the wicked are in power, they groan”. The fact remains that the appointment of Prof Georgewill Owunari a very righteous man as the Vice Chancellor of the University of Port Harcourt the University has truly changed for the better.

Eze commended Prof. Owunari for the very many feats recorded within the short period he has held sway as VC and tasked him not to relent in his efforts to break new grounds and give the institution a pride of place in comity of varsities in Nigeria and beyond.

This special recognition was done on Dr. Nyong based on the giant strides in the real estate industry and relentless efforts to bridge the housing gap in Nigeria which has made him a force to reckon with respect to real estate and capital management at large.

Accordingly, Nyong has contributed to the delivery of more than 11,000 residential units, the management of more than 2 trillion Naira in assets, and the creation of more than 10,000 jobs all across the nation. He has demonstrated outstanding corporate leadership and has emerged as a formidable example for the coming generation.

Prof. Georgewill also ceased the opportunity to thank Dr. Richard for his valuable contributions to the development of his alma mater.

Eze commended the University for the conferment of “Pillar of Hope to Indigent Students in the university of Port Harcourt Award” on the Apostle of our dispensation, Apostle Eugene Egwuatu Ogu the General Overseer of Abundant Life Evangel Mission Worldwide during the Chancellor’s/ Dinner/Award Night. This is an award well deserved knowing the philanthropic outputs by this great man of God to better the lots of not only the less privileged but any that passes his golden path.

Eze joins the Vice Chancellor to thank the immediate past Minister of Transportation, Chibuike Rotimi Amaechi, the TETFund, Governor Nyesom Wike of Rivers state and others whose efforts in diverse contributions are helping to advance the fortunes of the university.

Eze reiterated that Senator Andrew Uchendu the Chairman of the university Council need to be commended and congratulated including the management team for their support in raising the bar of university administration in Nigeria.

The party Chief called for more support from staff and students alike to enable the VC achieve more to the pride of all.