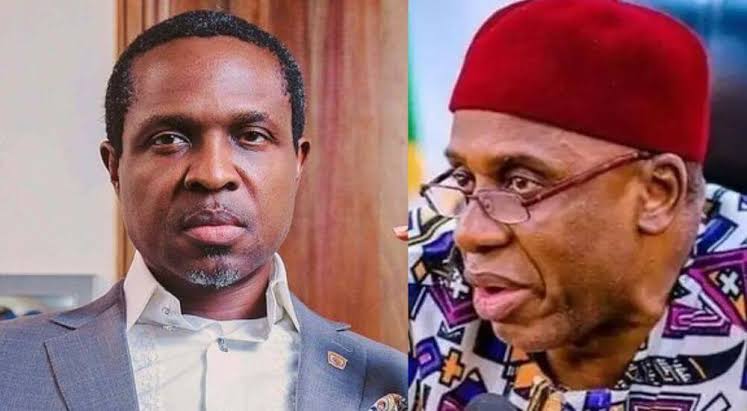 Pained by the recent Court judgment which nullified all primary elections conducted by the All Progressives Congress (APC) in Rivers State, a chieftain of the party has urged members to remain ready to work for victory in 2023, not minding temporary setbacks.

The primaries produced the party’s candidates for the 2023 general elections. The erstwhile National Publicity Secretary of the defunct New People’s Democratic Party (nPDP) and chieftain of the APC, Chief Eze Chukwuemeka Eze, has thus called on party faithful and candidates to remain focused and continue with every legitimate engagement with stakeholders and electorate from all strata to seal the victory of the party ahead of the elections.

In a statement made available to media houses in Port Harcourt, Eze said the Ruling by the Federal High Court was based on a suit instituted by one George Orlu and five other persons in Suit No: FHC/PH/CS/87/2022 where the Plaintiffs claimed they were unlawfully excluded from the Congresses conducted to elect delegates to the party primary.

Eze said the primaries produced candidates to the various elective positions for the 2023 general elections of the party emerged, but that the Plaintiffs sought among other reliefs an Order of the Court to nullify the Ward Congresses and the Primaries emanating from the said Congresses.
They further sought an Order of the Court to restrain INEC from recognizing the candidates of the APC who emanated from the primaries, saying the order has prevented the APC candidates from contesting the general elections.
The tested media fighter said it is painful to learn that despite very clear and convincing evidence led by the APC to establish that Plaintiffs were not members of the party, the trial Judge agreed with those who dragged the party to court.

Eze said: “The Judge came to his judgment even when the Register of APC members filed with the INEC was exhibited to show that they were not members of the APC. The trial Court, in its wisdom, ignored all the evidence adduced and agreed with the Plaintiffs were neither members of the party nor aspirants to any of the primaries conducted by the APC.”

Describing the judgment as a temporary setback, the party chief expressed confidence that in a matter of time, all hurdles would be removed to clear the coast for the party in her arduous toil to get the Brick House and provide the type of governance that satisfies the yearnings of the suffering Rivers populace.

He said it is settled law in several cases and established judicial precedents that the court is not clothed with the jurisdiction to interfere in the internal affairs of a political party. He argued that affairs of a political party remain the exclusive preserve of every political organization. “It therefore beats ones imagination to learn that the Court could throw established precedent of higher Courts to the dogs to support broad day illegality.

“For instance, in 21st January, 2022 in the case of Anyakorah V PDP (2022) LPELR-56876(SC), the Supreme Court reiterated the law, holding that the subject-matter of the case was non-justiciable and not a pre-election dispute. That means, the court lacks the jurisdiction to entertain the matter. The subject matter was Ward and Local Government Congresses of the Peoples Democratic Party held in Anambra State, which facts were similar to those that gave rise to the matter at hand.”
Eze went on: “In APC V GARBA (2022) LPELR-57513(CA)Pg. 47-57, Paras. D-E, which bothered on the position of the law regarding justiciability of an action bordering on the conduct of Ward, Local Government or State Congresses of a political party, the Court of Appeal opined that it is stripped of jurisdiction to enquire into the internal affairs of a political party.”

He said the position of the law (S 285(14) (a)-(c) was clear to the effect that for the court to be clothed with jurisdiction, the act complained of, must be in relation to the conduct of the “party’s primaries” conducted for the purpose of “selecting or nominating its candidates for an election”. And in the circumstance, none of the plaintiffs was an aspirant in the party primaries that produced candidates.

Commending the party for appealing the judgment which clearly reflects a travesty of justice, Eze pointed out that given the experience of what the party went through in the hands of those who were afraid of a real democratic contest, those who detest the participation of opponents in a democratic atmosphere, the party and its members and supporters find solace in the Electoral Act 2022.

He said the party was confident that the appellate court would do justice to the case in accordance with the law and judicial precedents by overturning the judgment and consequently restoring the candidates to their status.

Eze further stated that contrary to erroneous insinuation in some quarters that the leadership of the party in the State is the root cause of the nullification, the handiwork of anti-democrats who were said to have engaged in judicial politicking and who felt by using the court contrary to the electoral laws, the influence of Amaechi in the politics of Nigeria would be undermined.

Eze postulated that Amaechi did not impose or recommend any of the candidates canvassing under the party’s platform for the 2023 general. “They were duly elected by party members following the rules and guardianship of the current Electoral Laws of the country.”

The chieftain appealed to party faithful and candidates not to give in to the machinations of those who were fully aware that the days of political manipulation in the politics of Rivers State were over.

He urged them to rather go about the business of ensuring that all candidates of the APC were elected in a landslide come 2023. He said the Brick House was for the APC if the members could remain calm and committed to winning the seat in 2023.