Breaking: Nyesom Wike and His Group Pulls Out of Atiku’s Campaign, Gives Reasons 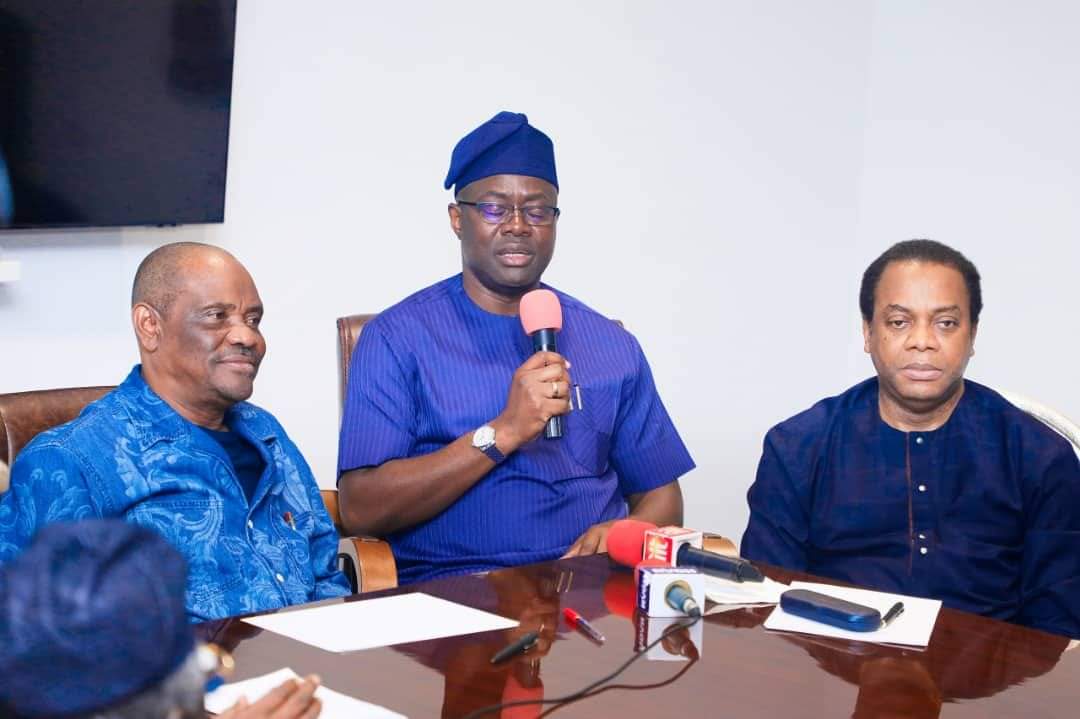 Governor Nyesom Wike of Rivers State, Governor Seyi Makinde his colleagues and other team members pulls out of the PDP Presidential Campaign Council after meeting to deliberate on current state of affairs in the Peoples Democratic Party.

Wike and his group has insisted that the national chairman of the party, Mr Iyorcha Ayu must resign and pave way for an acting Chairman from the Southern extraction of the country to lead the party to victory in 2023.

PDP Chieftains who pulled out of Atiku’s campaign council are as follows: