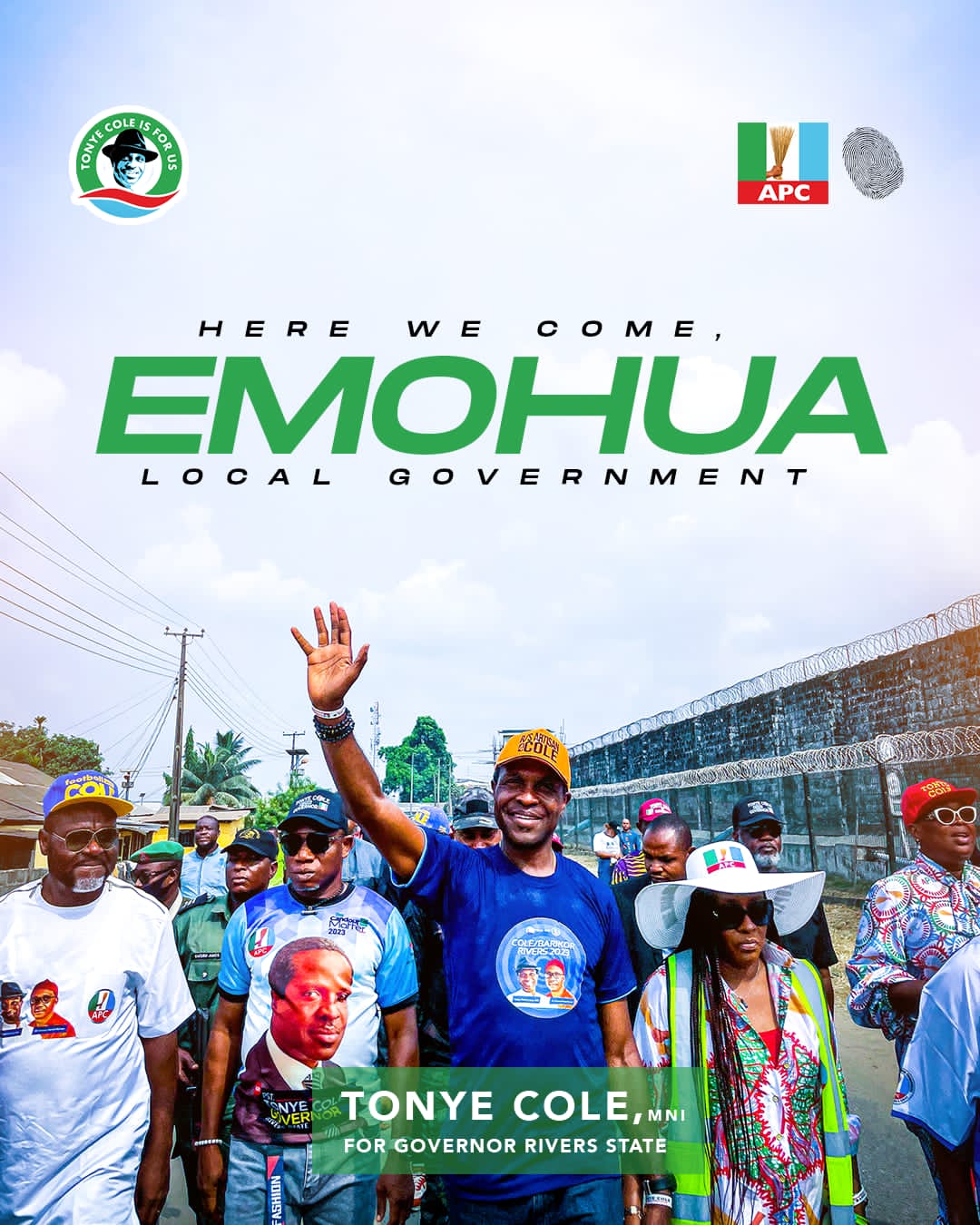 The Gubernatorial candidate of the All Progressives Congress, APC in Rivers State, Pastor Tonye Cole has arrived Emohua Local Government Area in continuation of the party campaign ahead of the 2023 general election 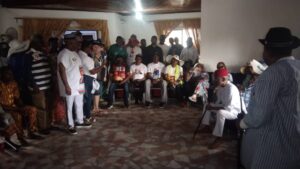 Tonye Cole accompanied by other party chieftains and members as at the time of filing this report are already at Mgbuitawo community in Emohua Local Government Area with a stop over at Senator Andrew Uchendu’s house amongst others.

The community received the Guber candidate and promised a 100% vote for him and other APC candidates in the area.

Meanwhile Cole and the APC will be moving round the streets, markets and other strategic places in the course of his campaign, seeking for the peoples vote to emerge as the next governor of Rivers State

True Blue Reporters will bring more reports as it Unveils