Chris Ngige’s Stand on Preferred Presidential Candidate Ahead of 2023, Eze Replies Those Calling For The Minister’s Sack 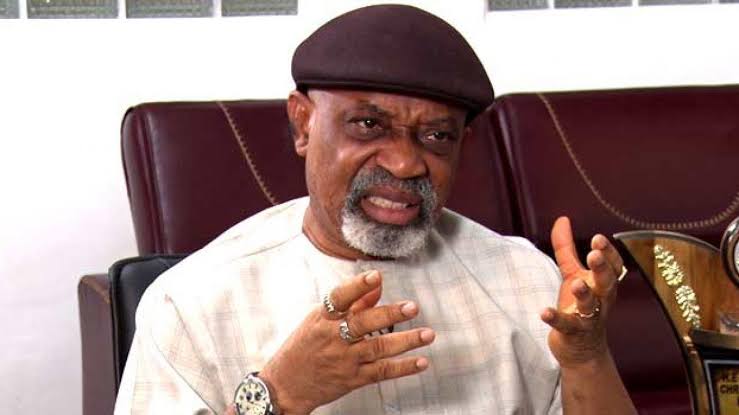 Calls from a section of the All Progressives Congress (APC), for the resignation or sack of Senator Chris Ngige over his refusal to publicly declare support for the APC presidential candidate, Asiwaju Bola Ahmed Tinubu, has attracted the attention of erstwhile National Publicity Secretary of the defunct New People’s Democratic Party and chieftain of the All Progressives Congress, Chief Eze Chukwuemeka Eze.

In a statement made available to media houses in Port Harcourt, the erstwhile party spokesman said such comment which could only be propelled by sycophants and people with very poor grasp of the essence of democracy which he said is deeply rooted in freedom of choice.

He said in a democracy like Nigeria, people who worth their salt can barely veer into the personal concerns of others particularly to the extent of asking for the resignation or sack of a serving Minister for merely making his mind bare on what to do with his ballot paper which is within his exclusive preserve as a private citizen.

The campaigns are here and they should be issue based. Citizens are allowed to extensively assess the planned policies and programs of each candidate canvassing for their votes to know who merits their support and any candidate who is able to convince the people to believe in his plans of action wins the election. That is the beauty of democracy and Nigerians should be happy that over the progress we are making in the journey to strengthen democracy in our body polity.

Eze a member of APC Legacy Projects Media Team said Chris Ngige remains a man whose inputs and sacrifices to the formation of APC and towards the growth of our nascent democracy cannot be overemphasized.

“What did Chris Ngige actually say to warrant such a foolish suggestion? While answering a question of who amongst Bola Tinubu of APC and Peter Obi of Labour Party he will likely vote for in the 2023 presidenial election.”

“I do wonder if those making such an insinuation will want Dr. Ngige to say that he will vote for Tinubu in a national TV so that he will no longer be safe at his community or that he will vote for Peter Obi so that those who don’t like him will then ask for his sack. But Dr. Ngige, being a great Thinker shocked them by stating that his conscience will determine how he will vote come February 2023 so whoever that doesn’t like his answer should go and hug the closet transformer.”

Commending Ngige for his bravery, Eze said he is excited that President Buhari does not pay attention to issues as trivial as the call for Nigige’s sack on grounds of the excercise of a right which is private and exclusive to him, like every private Nigerian.

“I must salute Dr. Ngige for whom he is and the level of wisdom he displayed in answering such a very controversial question. Let the candidates take their sermons to the electorates and whoever wins the heart of majority of the electorates wins the election”, Eze declared.