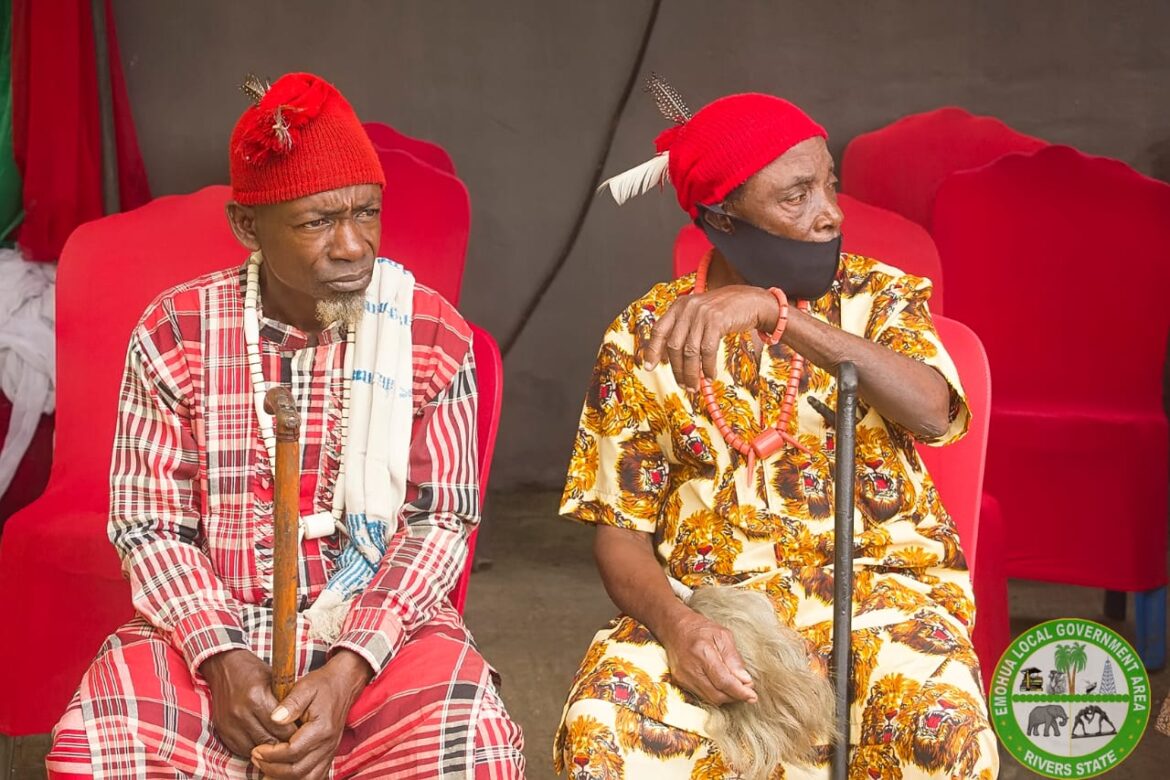 A magistrate court in Elele, Rivers State presided over by Justice Oguguo on Tuesday ordered that some persons be remanded at the correctional center over what the court referred to as fragrant disobedience to court order in a case between Oha John Wonne and others, and Oha Herbert wodo and others over the rightful head of the traditional Oha in Elele Alimini Community

Our source from the court who spoke with True Blue Reporters stated that the following persons wer remanded in Ahoada correctional facility, by a magistrate court sitting at Elele.

Our source confirmed that they were remanded for disobeying a court judgement by refusing to hand over to Oha John Wonne from omuogbor royal family, who is said to be the authentic and original owner of the stool according to a subsisting judgement in 1996 over same issue.

True Blue Reporters recalls that the Omuogbor family in Omuokpirikwu in Elele Alimini, Emolga Rivers State is generally referred to as the head and first in the community, which till date has guided the community sharing formula like Kola presentation and others.

The presiding magistrate Oguguo, after several intervention from lawyers for clemency later granted the people bail at the sum of 100 000. 00 each.

The matter was later adjourned to the 12th of October, 2022 for continuation