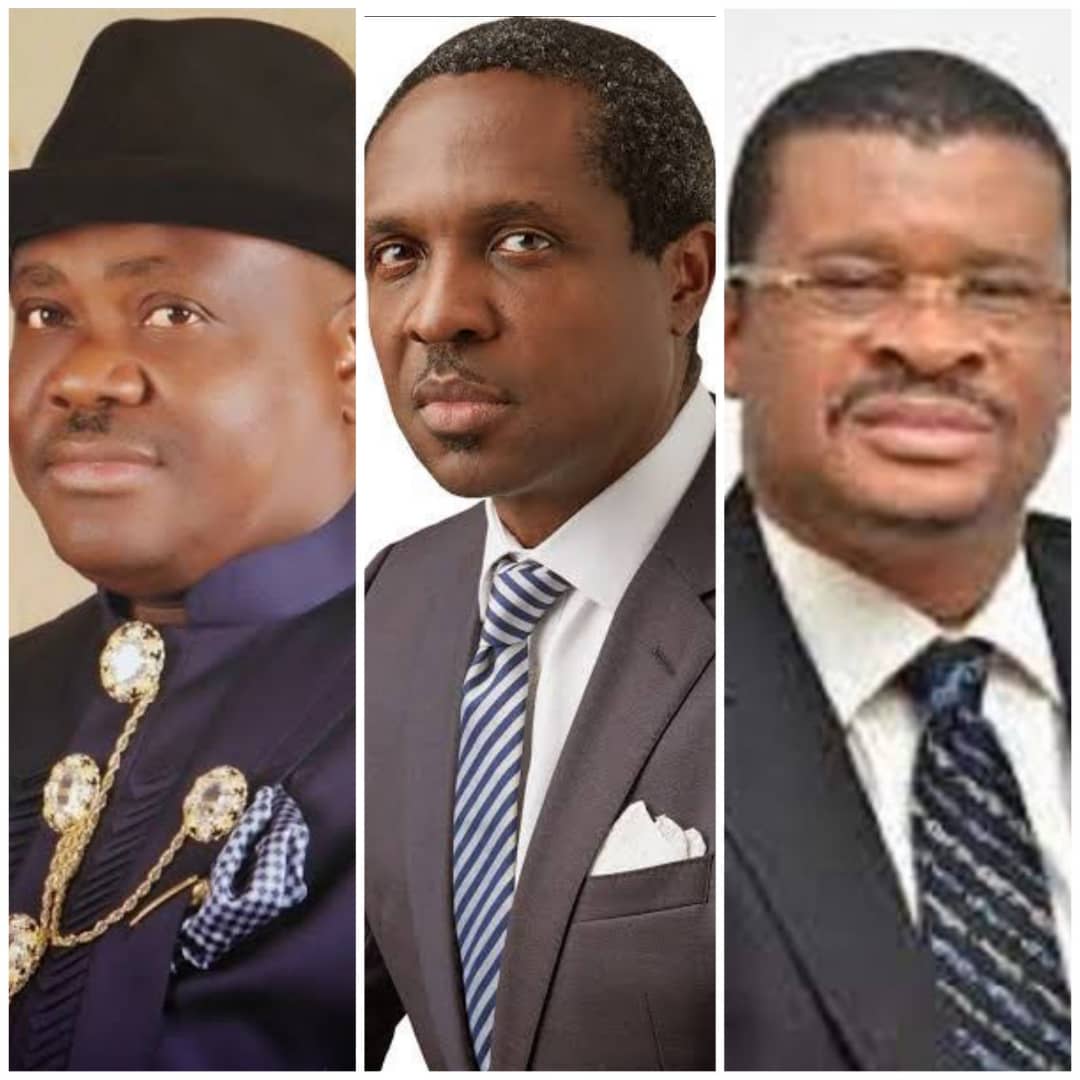 Saddened over the unrestrained display of power-drunkenness by the Executive Governor of Rivers State, Nyesom Wike, erstwhile National Publicity Secretary of the defunct New People’s Democratic Party (nPDP) and chieftain of the All Progressives Congress, Chief Eze Chukwuemeka Eze has wrinkled his nose in disgust, condemning in the strongest of terms the crude resolve and exacerbated attempts by the Governor to punch political opponents to the corner with Executive Order 21 & 22 and stifle the rules of participatory democracy in his state.

He is doing this in furtherance of the ploy to scheme Pst. Tonye Cole and other candidates of the APC out of the contest and foist his stooges on the state against the will of majority.

Recall that some days ago, Gov. Nyesom Wike announced that he has signed into law Executive Order 21, a legal instrument that forces political parties and candidates to fulfill certain conditions before embarking on campaigns in various parts of the state ahead of the elections in 2023. He thus turned into an election regulator and participants at the same time.

According to the order, political parties and candidates are prohibited from using public schools for political campaigns without the approval of the state Ministry of Education. The law also provides that application for approval must be submitted at least two weeks before the date of the campaign.

Wike said: “Applicants will also deposit the sum of five million caution fees in case attendees destroy the facilities in the schools”, and council Chairmen are empowered to stop political campaigns of a political party in breach.

Under Executive Order 22, the Governor banned the use of premises, buildings and sundry structures in residential areas as campaign offices by political parties in the state, without government approval, with effect from November 11, 2022.

Reacting to the ugly development in a statement made available to media houses in Port Harcourt, Eze said the Governor seems to have been lost in a pathological euphoria of the powers of his office to a degree that is extreme, excessive and grossly abnormal and against every known norms and rules of democracy and and civility and must be reminded that power is transient and will definitely leave him in a matter of months.

He said the Executive Orders are ultra Vires the powers of the Governor as the constitution and electoral act have already taken care of, and specified the limits of political parties and actors in the electioneering process and any modification by way of executive order is a corruption of law and does not deserve the respect and obedience of the people.

Quoting the Electoral Act 2022, Eze said Section 92(3) thereof specifically spelt out places where political campaigns, rallies and other engagements in furtherance of any political purpose
should not be carried out including setting-up of campaign offices.

(3) “Places designated for religious worship, police stations, and public offices shall not be used—

(a) for political campaigns, rallies and processions ; or

(b) to promote, propagate or attack political parties, candidates or their programmes or ideologies.

Similarly, by virtue of the provision of Section 91 of the same act, if there is any institution whose authority should be sought and obtained before embarking on political rallies and campaigns as allowed by Section 40 of the 1999 Constitution, it is the Nigeria Police and not the Governor or his agents and privies as is speculated under the controversial Executive Orders.

Arrogating to oneself powers that clearly contravene the Constitution which is the ‘grund norm’ and the Electoral Act which is the principal legislation covering electioneering processes and stipulating offenses and punishments thereof is Ultra Vires, null and void and an invitation to anarchy.

The party Chief said the Constitution having granted citizens rights to own properties, association and private life as well as specifying limits to such rights, Gov. Wike is ‘functus officio’ and cannot dictate for citizens and property owners how to deal with their properties in as much as the usage of such properties does not constitute crime or contravene existing laws on urban development.

Eze emphasized that the only institution that has powers to legislate on the regulation of political parties, electioneering campaigns and matters incidental thereto is the National Assembly and not a State Governor and the provisions of Electoral Act is sufficient in that respect.

He pointed out that the fear of an imminent defeat that awaits the Rivers State Governor and his party and stooges is pushing him to act beyond his bounds, noting that restricting political parties from freely going about the lawful business of engaging citizens and canvassing for votes from electorates is undemocratic and portends great danger to democracy.

Eze assured that with the APC participating in the 2023 elections, the victory of Pst. Tonye Cole and other candidates of the party is sacrosanct and non-negotiable as Rivers people are determined to bring an end to the oppression and suppressive orders of the tiny tyrant which contravene every recognized standards of civilized behaviors, international ethics and decorum.

Condemning the attack at the home of former Rivers Southeast representative at the red chambers and a respected and responsible son of Rivers State, Sen. Lee Ledogo Maeba, an ardent supporter of former Vice President and Presidential Candidate of the PDP for the 2023 polls, Alh. Atiku Abubakar, Thursday morning where over four vehicles and properties worth millions were lost, Eze reminded Gov. Wike and his cohorts that no one has the monopoly of violence and a reprisal attack may trigger a crisis capable of setting a palpable gloom of apprehension across the state.

While sympathizing with Sen. Maeba over the attack which he described as dastardly, Eze called on security agencies to swiftly investigate and bring the perpetrators and their sponsors to justice. He counseled the youth to resist the temptation of allowing themselves to be used as willing tools in the hands of desperados and wrongdoers who do not mean well for them and the state.

Eze commended the determination and strong character displayed by some prominent sons of Rivers State – former Governor -Sir Celestine Omehia, former Transport Minister, Dr. Abiye Sekibo, Sen. Lee Maeba and others who have stood their ground against the malfeasance that is permeating the state and urged them to remain unshaken in their resolve to fight for the enthronement of good governance, democracy and rule of law in Nigeria and Rivers State.