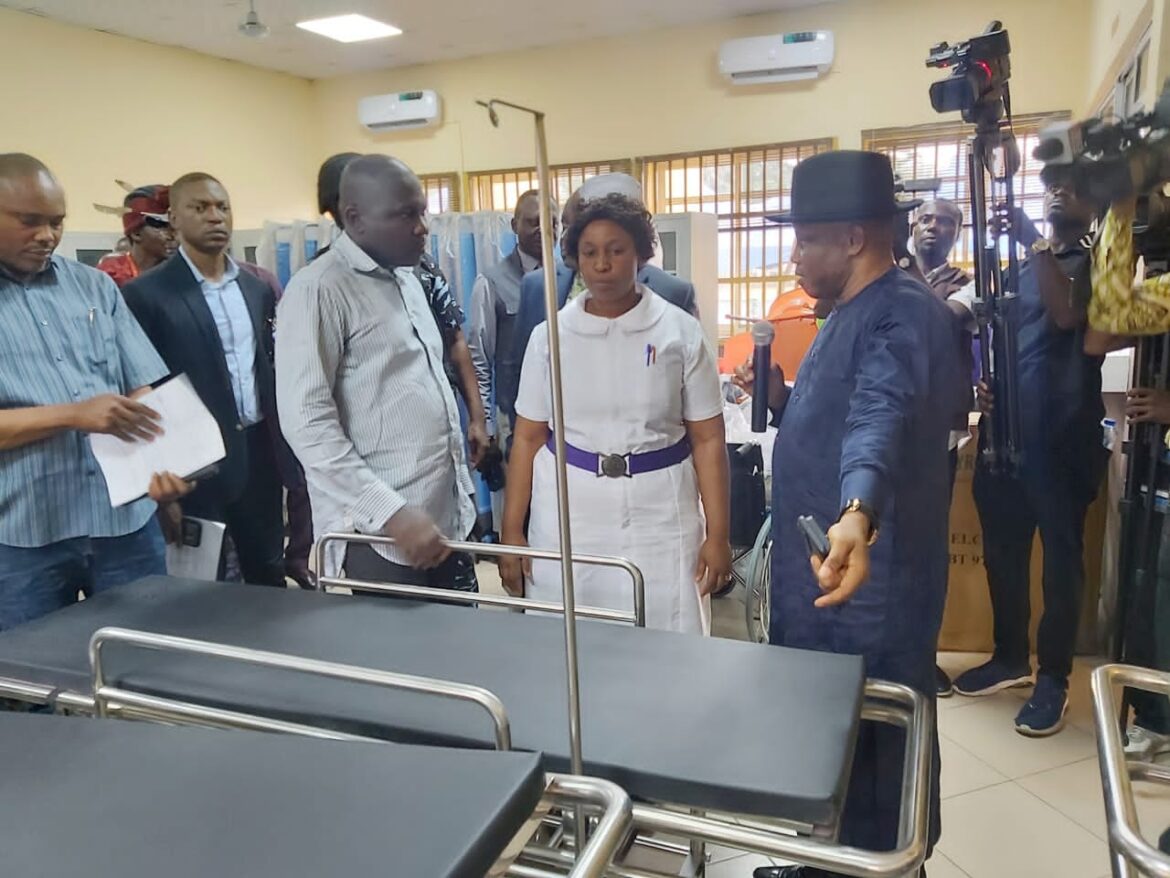 Dr. Efiong Akwa, the Niger Delta Development Commission’s (NDDC) interim administrator and CEO, has announced that the residents of Taabaa Community in Khana LGA, Rivers State, will have access to primary healthcare facilities that are modernized around the clock.

At the official commissioning and handing over of the Taabaa Community Health Center, Dr. Akwa made this statement. The project’s completion was prioritized by President Muhammadu Buhari in accordance with the government’s intentions for rural development, which was acknowledged by the interim administrator.

He praised Taabaa’s Traditional Ruler and youth for providing the contractors with the assistance they needed to finish the project, saying that if all youth and traditional institutions supported contractors in the same manner as Taabaa,

In addition to housing for the resident doctor, nurse, and lab technician, Dr. Akwa emphasized that by putting this type of facility in place, “we have brought modernized 24 hour medical treatment closer to the people of Taabaa and its environs.”

The Traditional Ruler of the Taabaa Council of Chiefs, HRH Mene MSK Nule, praised NDDC for its prompt action and for turning over the health center for usage in his remarks. “It’s a huge relief that my people will be able to quickly access modernized medical care in the neighborhood,” the speaker said. He said that in order to enjoy the greatest benefits from it and draw additional NDDC development projects to the community, the community will safeguard and protect this infrastructure.

He also claimed that before this building was renovated,

He also said that the hospital was inoperable before to the reconstruction of this Center, making it impossible for the populace to get quality medical care and requiring some locals to travel up to 30 kilometers away from their homes.

The Rivers State Primary Healthcare Management Board’s Director of Disease Control, Dr. Ekanem Nyarawo, expressed his delight at the facility’s opening by saying, “With the equipments and staff housing on site, I have no doubt that medical service here would be improved upon.” He expressed gratitude to the NDDC for helping the Rivers State Government.