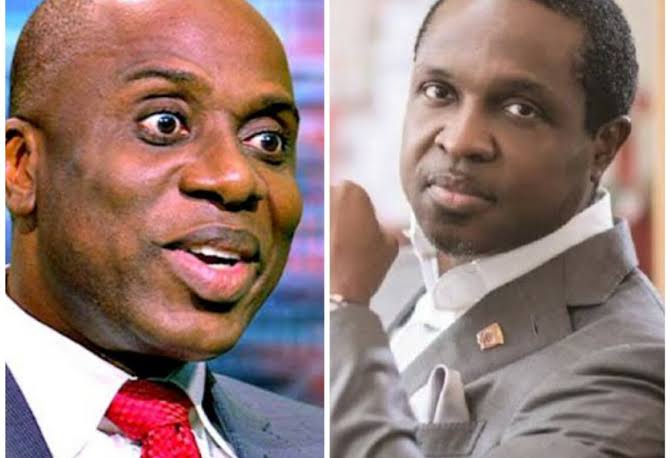 Chieftain of the All Progressives Congress and erstwhile National Publicity Secretary of the defunct New People’s Democratic Party (nPDP), Chief Eze Chukwuemeka Eze has expressed gratitude to the Court of Appeal for resolving the travesty of justice perpetrated by Justice Obile and some other Judges of the High Courts in a bid to unjustly stop the Rivers State Chapter of the APC and its candidates from participating in the scheduled 2023 general elections on grounds unknown to law and strange to our jurisprudence.

Recall that in a three separate judgements on an appeal brought by the APC, its Governorship Candidate -Pst. Tonye Cole and the National and State Assembly candidates, arising from the earlier judgement of a High Court presided over by Justice Emmanuel Obile which sacked the candidates of the party following a suit by George Orlu and others over claims of exclusion from the party’s delegate congresses, a three-man panel of the Court of Appeal led by Justice Lawal-Shaibu, cured all defects and cleared every hurdle on the path of the Rivers APC ahead the elections.

In a statement made available to media houses in Port Harcourt, Chief Eze said the judgements have laid to rest all speculations and uncertainties about the party’s participation in the elections and reinvigorated the hope of Rivers people for a transparent polls that will result in the emergence of Pst. Tonye Cole and other credible candidates of the APC who will work symbiotically to restore the dignity in public service and set the state on the path of progress.

With the judgement, the party Chief said the ploy to frustrate the participation of the APC and other political parties in the elections and foist handpicked and unprepared persons into power to further plunge the state into stack multi-sectoral retrogression through reckless engagements in fanfare of squander mania has fallen like pack of cards.

He said in acts of reckless haste, Gov. Nyesom Wike had severally boasted that neither APC or any other political party will participate in the 2023 general elections except the candidates of his faction of the PDP. Now that the appeal court has returned the APC and other of the political parties back on the ballot, one need not have a second thought that the power is definitely set to return to the people through the ballots.

The return of the APC on the ballot and coupled with the precurious and confused political state facing Wike considering his unwarranted, unwise and ceaseless fight and threat to destroy his party the PDP, Eze stressed that 2023 will be the worst nightmare to this undemocratic bigot in the politics of Nigeria.

Those who had celebrated over Justice Emmanuel Obile’s strange judgements against the APC to the effect that the PDP will have an easy ride to power as they did in 2019 will now bury their faces in shame and bid the Brick House goodbye come 2023.

Eze congratulated and commended APC faithful across the stage and urged all and sundry to unite and further strategize to sell the candidates of the party to the Electorates for a smooth sail to victory.