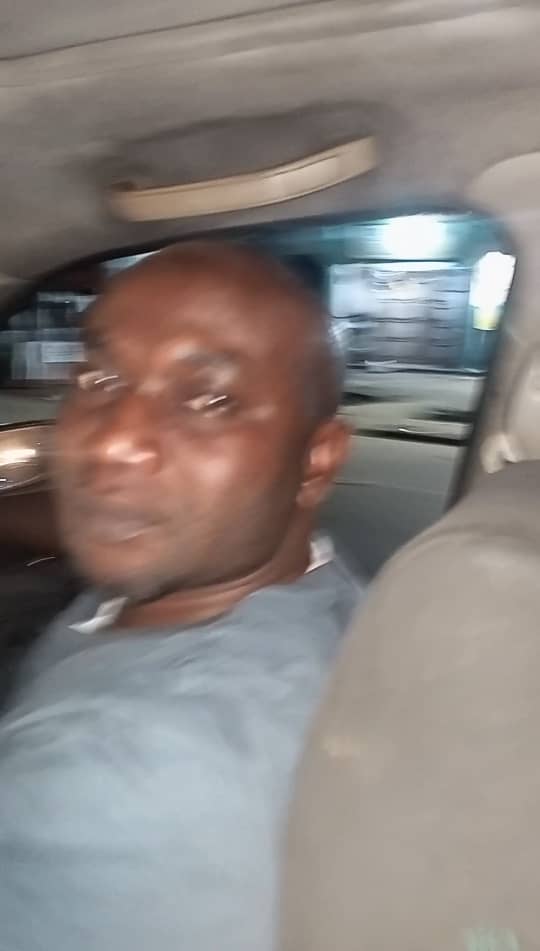 A staff of the African Independence Television, AIT simply identified as Mr Jeff who is said to have gotten himself very drunk took to his stirring and was seen driving negligently.

Mr Jeff who drove in a Camery car along Choba axis of the East West Road on Wednesday night around the hours of 9p.m had unknowingly knocked down two young men riding on a bike and attempted to flee the scene of the incident on realizing it.

The drunk Mr Jeff whom at the time of questioning was struggling to vividly express himself due to excessive intake of alcohol. A situation which many road users who stopped by wondered what could have led him into drinking in such manner.

Road users present as at the time of the incident told True Blue Reporters that some illicit drugs were also found inside his car which might have aided the reason he lost control of the stirring and rammed these young men who got critically injured.

The victim who are between the age of 27-30 years, university scholars narrated that they were moving on a bike in their own lane from Choba Junction and unannounced, the vehicle ran into them, taking them and the bike off the street.

One of the victim said he could only realize himself after he heard the crowd shouting for help, as he was lying down critically.

They stated that “the entire management of Daar communication should call her staff to order to discontinue being a societal nuisance as he is always getting away after mudslinging the reputable establishment through his questionable character.”

According to the victim, “He should be advised not to further drink and drive to cushion the effect of this rash driving.”