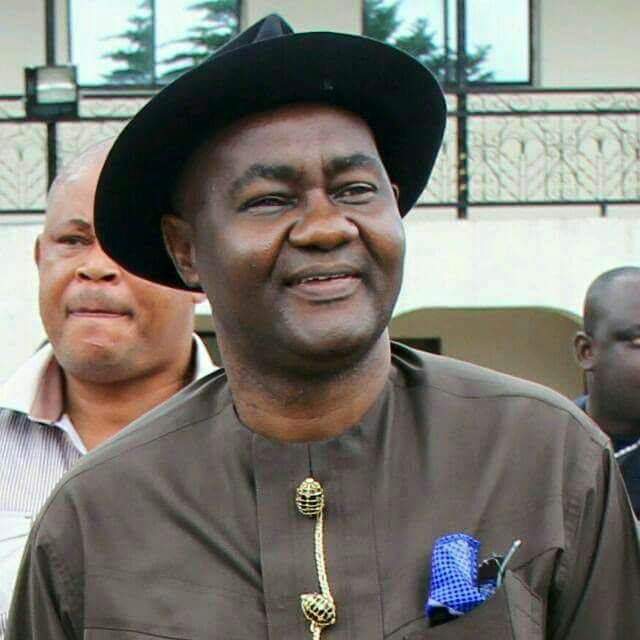 Senator Magnus Abe can shine anywhere he finds himself. That is perhaps due to his super intelligence and charismatic personality. A golden fish, they say, has no hiding place and that has been the fate of Abe.

According to Kennedy Friday, In 1999 he belonged to a star-studded Rivers State House of Assembly after cementing his popularity by winning a difficult election on the platform of the APP.

Though the house was PDP dominated, the caliber of men who got to the house on the platform APP was no less stellar. It was among the scintillating stars that Senator Magnus Abe was unanimously voted as the Minority Leader of the House, where he provided superlative leadership to the minority caucus.

He was elected at the end of that Assembly as the BEST LEGISLATOR of his era. From then on, he was marked out for stardom.

In 2003, he was appointed Commissioner for Information by Sir Dr Peter Odili. At that time, information commissionership was not where politicians lobbied to go, and understandably so. Many said Abe had accepted retirement by accepting such appointment.

But put a genius in the wilderness and he will turn it into a destination of choice for the rest of the world. Abe rolled his sleeve and got down to work. By the end of that government, he was not only one of the most influential commissioners, he was also arguably the best. He turned the information ministry into a beauty for which people could scramble. At the end of his tenure, he was voted by practicing journalists in the state as the BEST COMMISSIONER OF INFORMATION, the only person so honoured till date.

In 2007, he was appointed Secretary to Rivers State Government by Rotimi Chibuike Amaechi. He made the government work like a machine in those four years he held sway as SSG. Any objective person can confirm that the government of Rotimi worked better in the first four years of his two terms. That was down to the caliber and intellect of people who were in the engine room of the government.

Indeed, Rotimi Amaechi himself said that there were two men he respected so much for their intelligence: Magnus Abe and Odein Ojumogobia.

Governor Wike himself, in one moment of untrammeled sincerity, stated that Senator Magnus Abe was the BRAIN BOX of Amaechi’s government between 2007-2011.

Abe was elected to the Senate in 2011 and grew to become a great voice. I would always observe that when he rose to speak at the red chamber, there was pin drop silence from his colleagues. He was that respected.

As Chairman Senate Committee Petroleum Downstream, Senator Abe mesmerized and fascinated the whole nation in equal measure when he headed the subsidy probe. The day he interrogated Dr Ngozi Okonjo Iweala of the World Bank fame will never be forgotten in a hurry. Abe was firm, courageous, fearless, with sheer brilliance. The discovery of his committee through his dedication and commitment jolted the whole nation.

Back home, he is the best Senator that Rivers South-East has ever produced. It was when Abe became Senator that the people of Rivers South-East understood the public good that could be wrought with that office. It was through his works for his people that he experienced a resurgence of his popularity that was almost nosediving among his people. Since then his acceptability has only skyrocketed.

Senator Magnus Abe was appointed into the board of NNPC by President Buhari in 2020 where he had a brief stint. Before he left he was already assigned a most difficult assignment because of his reputation. He was made Chairman of the Presidential Inter-Ministerial Committee on Assistance to Kaztec Engineering, Fabrication Yard in Snake Island, Lagos State,

As Rivers people, we count it all joy that at a time like this where our state is in dire need of redemption and redirection, we have a man of the quality, intellect, exposure, experience and capacity of Senator Magnus Abe to provide leadership for our state as Governor in 2023.

A man fated for greatness, this is his time and even nature is ready to rally for his manifestation.